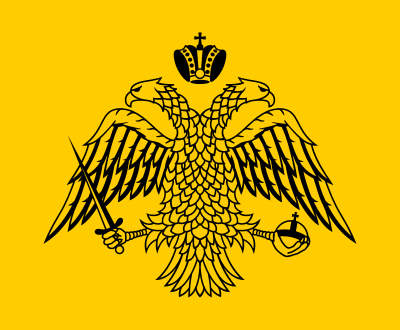 Within Orthodox circles in the West, there seems to be a long lost understanding of what had constituted Rome, Constantinople, and the Roman Empire as a whole during the majority of the first millennium.

What has become quite concerning is the overwhelming suggestion and maintenance of Constantinople as a separate and individual See, historically seemingly second to the Great City of Rome.  In my experience and exposure to Orthodoxy, this notion seems to be common among converts and American Orthodox especially.  While there is some truth to this claim, it has to be prefaced by a larger understanding of what Constantinople actually is and was historically.

The Ancient Roman Empire began roughly in the 8th century BC and grew largely because of its sheer strength in war.  This Roman Empire spanned from Asia Minor, to Greece, to Italy, to Africa, and all the way to Britain.  Though most of these provinces would remain under the Roman Empire, there would also be even more widespread expansion during Christ’s advent and through the first millennium.

At the Council of Chalcedon, Patriarch Anatolius of Constantinople, Maximus of Antioch, and Juvenal of Jerusalem, along with 182 bishops approved Canon 28, which effectively elevated expanded the ruling authority of Rome in the Roman Empire to Constantinople.  The Canon read:

Following in all things the decisions of the holy Fathers, and acknowledging the canon, which has been just read, of the One Hundred and Fifty Bishops beloved-of-God (who assembled in the imperial city of Constantinople, which is New Rome, in the time of the Emperor Theodosius of happy memory), we also do enact and decree the same things concerning the privileges of the most holy Church of Constantinople, which is New Rome. For the Fathers rightly granted privileges to the throne of old Rome, because it was the royal city. And the One Hundred and Fifty most religious Bishops, actuated by the same consideration, gave equal privileges (ἴσα πρεσβεῖα) to the most holy throne of New Rome, justly judging that the city which is honoured with the Sovereignty and the Senate, and enjoys equal privileges with the old imperial Rome, should in ecclesiastical matters also be magnified as she is, and rank next after her; so that, in the Pontic, the Asian, and the Thracian dioceses, the metropolitans only and such bishops also of the Dioceses aforesaid as are among the barbarians, should be ordained by the aforesaid most holy throne of the most holy Church of Constantinople; every metropolitan of the aforesaid dioceses, together with the bishops of his province, ordaining his own provincial bishops, as has been declared by the divine canons; but that, as has been above said, the metropolitans of the aforesaid Dioceses should be ordained by the archbishop of Constantinople, after the proper elections have been held according to custom and have been reported to him.

While Pope Leo did not approve of the Canon, the East would go on to approve, ratify, and codify Canon 28, which became universally accepted by the East in the 6th century.  Rome would eventually go on to approve the canon at subsequent councils, culminating at the 2nd Council of Lyons in 1274, as it became advantageous for Rome to approve of the canon while Philip I, Latin Emperor of Constantinople, sat on the throne.

Many of us already know this history.  Of course, this history is not as cut-and-dry as either East and West make it out to be.  There are many issues that persist to this day that both the Orthodox Church and the Roman Catholic Church continue to debate.  This, however, is a byproduct of the main question: what is Constantinople’s position in all of this?

This is precisely why the ancient city of Rome took on the designation of “Old Rome,” while Constantinople took on the designation of “New Rome.”  Both were still Rome. Old Rome received the primacy of honor due to its antiquity, while New Rome received primacy due to being Rome itself.  Canon 28 isn’t necessarily a canon showing an order of hierarchy comparatively between Rome and Constantinople.  Instead, it should be regarded as a canon showing the extension of Roman power to the East, not only because of the sheer size and power of the Roman Empire as a whole, but also for Eastern representation.  Constantinople shared in everything Rome.

To provide a modern-day example for more clarity, the Roman Empire would be similar to America existing as an empire, with Washington D.C. being the capital (city of Rome).  Now suppose the White House moves from Washington D.C. to Los Angeles.  The old capital (Washington D.C.) remains intact and keeps its honor of antiquity; however, the new capital receives a similar primacy of honor.  They remain the same entity, but are located in two different regions of the same Empire.

Now, this is where history becomes more interesting: Constantinople is Petrine.  It is Petrine by virtue of being Rome itself and not its own separate and distinct entity.  In fact, the only reason we can regard Constantinople as its own separate and distinct See today is because of the magnitude of the Great Schism.  The Great Schism, when understood in light of this, was simply a schism between Rome and Rome.  Yes–Rome and Rome.  Rome splintered into two, where the Rome of the East (Constantinople) took on a distinct identity, while the Rome of the West (city of Rome) took on its own distinct identity.  Whether St. Andrew brought the Gospel to Greece or not is inconsequential when considering the Petrine nature of Constantinople because Constantinople was not fully comprised of Greece and vice versa.  Greece was part of the region of the Roman Empire in which Constantinople was entrusted to–simply put.

I find it not only interesting but also very telling that the Oriental Orthodox regard the Eastern Orthodox as “Romans,” even to this day.  It should come as no surprise at this point that this understanding leads to a wildly different hermeneutical structure than the common American understanding of Constantinople as a distinct and separate See.  In fact, I would challenge all readers to consider the veracity of this article and of the nature of Constantinople in light of its true history within the Roman Empire when reading Church Fathers, Canons, and the Great Councils of the Church.