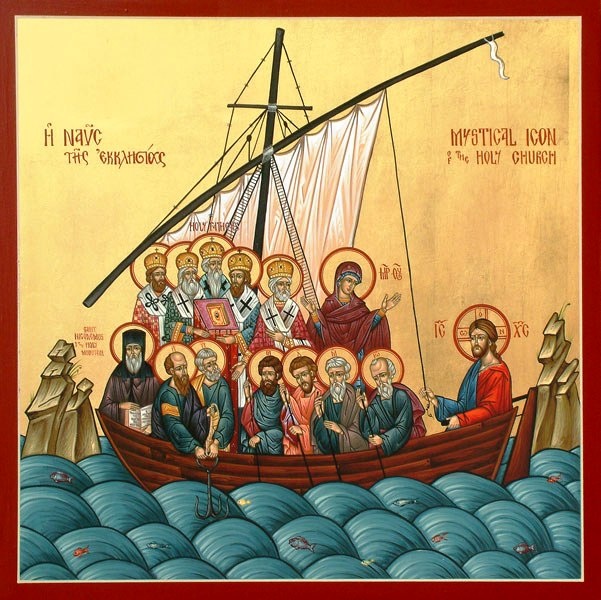 As we approach the 500th anniversary of the Reformation, there is no shortage of articles outlining praises and critiques of this great event. There is no doubt that the Reformation marks a pivotal time in history, especially in western Church history. It is the subject of much study, and rightfully so. This overarching event led to many other reformations which have come to shape Christianity in a different light today.

I have heard it argued that the Orthodox can affirm much of what Martin Luther nailed to the door of the Wittenberg Castle in his 95 Theses. While I can sympathize with this line of argumentation, having been formerly Reformed myself, I would have to vehemently disagree with it. In any case, I do believe that Luther was initially noble in his intentions. He sparked his protest against abuse that he witnessed first-hand, which pertained almost exclusively to the doctrine of indulgences, and subsequently, Purgatory.

In fact, Luther’s entire Theses can likely be summed up into three key points:

And with the nailing of the 95 Theses, Luther effectively called for a return to orthodoxy—at least in a limited sense. It is perceived that Luther’s appeal for Sola Scriptura was just that: an appeal to the exclusive use of Scripture and nothing else. But this doesn’t appear to be the case, at least at first. While eventually going on to become a champion for Sola Scriptura, Luther’s initial rallying cry was for the Roman church to get back to interpreting the Scriptures, not merely using the Scriptures as an exclusive means to the whole of Christianity. Because of the widespread perversions of Rome, Luther called on the magistrate to once again interpret, abide by, and solidify the testimony of the Scriptures.

Even looking back at his earlier writings, it is extremely difficult to disagree with many of his statements. For instance, Luther argued:

Indulgences are positively harmful to the recipient because they impede salvation by diverting charity and inducing a false sense of security. Christians should be taught that he who gives to the poor is better than he who receives a pardon. He who spends money on indulgences instead of relieving want receives not the indulgence of the pope but the indignation of God.”

Surely, at least some form of reformation was needed.

The idea of a formal Reformation was still far from Luther’s thought though. He was seeking a restoration of truth within Rome and not outside of it. This restoration would not immediately ignite, and Rome would go on to excommunicate Luther. It can be argued that the excommunication exacerbated the situation because there was no canonical basis for such an extreme determination. Even further, it can certainly be argued that his excommunication was a sort of rallying cry for soon-to-be protestants to rally behind his cause. Nevertheless, it is evident in Luther’s famous words what he was advocating for initially.

“Unless I am convinced by the testimony of the Scriptures, or by evident reason (for I put my faith neither in popes nor councils alone, since it is established that they have erred again and again and contradicted one another), I am bound by the scriptural evidence adduced by me, and my conscience is captive to the Word of God. I cannot, I will not recant anything, for it is neither safe nor right to act against one’s conscience. God help me. Amen.”

1. Scriptural authority. By his testimony, Luther’s admission asserts that he must be convinced by “the testimony of the Scriptures” or by “evident reason,” indicating that the Scriptures and/or reason must reinforce or stand as a foundation to the doctrines of the Church. (This didn’t appear to assume a “Scripture Alone” mindset, considering Luther continued to believe in infant baptism among other, at best implicit, doctrines).

2. Holy Tradition based on orthodoxy. He mentions that he doesn’t put his faith in “popes or councils alone,” and then goes on to subsequently mention that the reason for this is because they err or are in contradiction (likely speaking of his own experience). Alone is the key word here. It appears as if Luther still affirms some sort of Holy Tradition at this point, as he doesn’t discount the popes and councils in his statement. His hesitation to put his faith in popes and councils was reasonable considering the circumstances of his time.

3. Commitment to truth. He is bound by “scriptural evidence” and is captive to the “Word of God.” He will not cannot recant. Luther was declaring his commitment to truth in light of a papacy that was distorting said truth.

Even in his 1518 discourse with Cardinal Cajetan in Augsburg, prior to his excommunication, when Cajetan argued that the Bishop of Rome was the final interpreter of Scripture, Luther responded in stating, “His Holiness abuses Scripture. I deny that he is above Scripture.” Notice here that the denial is in light of the abuse of Scripture. And notice even further that he still references the Pope formally. The protest that Luther puts up until this point is very reasonable.

Luther’s cause was initially noble. He sought to call Rome back to rightly interpreting the Holy Scriptures, and to restoring the integrity of the Roman church. With his excommunication and the likely despair of seeing those around him murdered and his displacement among the church that ensued, Martin Luther’s views began to radically change. Looking back at all of the events that transpired, Luther wrote:

“I simply taught, preached, wrote God’s Word; otherwise I did nothing. And then, while I slept, or drank Wittenberg beer with my Philip and my Amsdorf, the Word so greatly weakened the papacy that never a prince or emperor did such damage to it. I did nothing. The Word did it all.”

And thus marked the evolution from that which he formerly believed to the basis of all of his subsequent beliefs. Scripture captivated him (rightfully so), but in a manner that was alien to the Church and alien to his initial rallying cry. The call for the Roman Church to interpret the Scriptures in orthodox fashion evolved into a call for Scripture Alone in unprecedented fashion. This is the pivotal point in Reformation history where reformation and restoration developed into abolition and re-creation.

Rome responded to Luther and the Reformers in many different ways—most times irrationally. Eventually (and extremely late) Rome would go on to honor the call to Reformation. While most Christians might not initially see it, Rome did indeed succumb to the call for reform. This reformation didn’t come in the form of schismatics or in the form of the creation of dozens of Protestant movements. No. It came in the form of Rome’s 19th general council: the Council of Trent. While the Counter-Reformation is hailed as the “Catholic Reformation/Revival,” I believe it to be more accurate that Trent itself was the formal Reformation of the Roman Church. Doctrines were expounded on and solidified—everything from the Biblical Canon, to the Eucharist, to Original Sin, and to Salvation, among many other things—and Rome experienced a massive influx of converts and a period [counter-Reformation] of restoration and glory throughout western Europe.

Luther indeed invoked a Reformation in Rome, but it came much too late. Had Rome responded more appropriately, I wonder what the state of the western church would be today. By the time of Trent, various sects had splintered from Rome into their own traditions and churches, leading to formal confessions and catechisms being formed and issued by localized traditions. And as time progressed, more splintering occurred—sometimes over disagreements on essential doctrines, and more recently, over disagreements over trivial opinions and customs. On one hand, the Reformers had gone away from the perversions they set out to protest, but on the other hand, they had also separated themselves from apostolicity by unprecedently establishing their own traditions by the masses.

Today, we can look back at the Reformation as a guide of caution for all churches, and especially for the Holy Orthodox Church. Abuse can corrupt those within the Church, but never the Church Itself, as She is a Divine Institution. Even 500 years later, we are still learning to be diligent to stay the course and persevere in orthodox doctrine and praxy, and the Reformation should stand as a reminder to all Orthodox Christians to maintain the Faith and Traditions handed down to us by Christ, His Apostles, the Church, Her Fathers, and all of those martyred over the ages to preserve the immutable Truth of God.