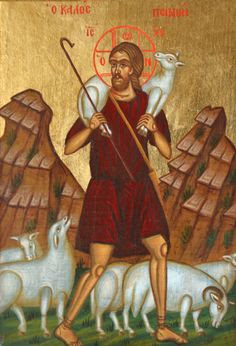 For the Orthodox, the Council in Trullo (Quinisext Council) is considered ecumenical and is, in turn, added on as an addendum to the fifth and sixth Ecumenical Councils of the Church.  While the East approved this Council and it’s related Canons (many of which were reiterations of previous ecumenical canons), it is well-known, according to Roman Catholic scholarship, that the West rejected it by way of Pope Sergius I’s rejection.  And though I do believe that the Quinisext Council doesn’t need to be defended since other Ecumenical Councils affirm most of it’s decrees, the purpose of this article is to shed light on an interesting, yet heavily disregarded set of events that take place after the fact.  Some of the Quinisext Council canons are actually pretty interesting.  Not only do they reiterate Constantinople’s equality to Old Rome, but they also present a number of other canons which are viewed as problematic by Western standards.  One canon in particular [and the main topic of this article] is the abolition of depicting Christ as a lamb (Canon 82).

In some pictures of the venerable icons, a lamb is painted to which the Precursor points his finger, which is received as a type of grace, indicating beforehand through the Law, our true Lamb, Christ our God. Embracing therefore the ancient types and shadows as symbols of the truth, and patterns given to the Church, we prefer grace and truth, receiving it as the fulfillment of the Law. In order therefore that that which is perfect may be delineated to the eyes of all, at least in colored expression, we decree that the figure in human form of the Lamb who takes away the sin of the world, Christ our God, be henceforth exhibited in images, instead of the ancient lamb, so that all may understand by means of it the depths of the humiliation of the Word of God, and that we may recall to our memory his conversation in the flesh, his passion and salutary death, and his redemption which was wrought for the whole world.

I mention Canon 82 specifically because an interesting thing happens about a 100 years after the East ratifies and adopts this canon and the Council in Trullo as a whole.  This interesting thing also happens to be something that Roman Catholic scholars tend to either ignore or downplay dramatically, so it is often lost in the fold.  During the Second Council of Nicea, two notable events occur with respect to the documents of Trullo.  The first is found in Canon 1 of the Second Council of Nicea, where the Church ecumenically affirms not only every Ecumenical Council before Nicea 2, but also every local Synod, with attribution to the inspiration of the Holy Spirit.

We gladly embrace the Divine Canons, viz.: those of the Holy Apostles, of the Six Ecumenical Synods, as also of the local synods and of our Holy Fathers, as inspired by one and the same Holy Spirit. Whom they anathematize we also anathematize; whom they depose, we depose; whom they cut off, we cut off; and whom they subject to penalties, we also so subject.

Interestingly, this decree is often times omitted by Roman Catholic scholars.  Other times, it is argued that this would have been the natural progression of the Council itself as it was primarily Byzantine in composition.  In either case, the Council as a whole was approved and ratified by the Church, including Pope Hadrian I, who was represented by a pair of legates.  With that said, however, we find the most striking development of all.  Pope Hadrian I sends a letter to Tarasius, Patriarch of Constantinople, remarking the following:

All the holy six synods I receive with all their canons, which rightly and divinely were promulgated by them, among which is contained that in which reference is made to a Lamb being pointed to by the Precursor as being found in certain of the venerable images.

It is clear that Pope Hadrian I is referring back to Canon 82 and Trullo as a whole.  He not only receives the six Ecumenical Councils preceding Nicea 2, but also all of their canons, specifically mentioning Canon 82 and thereby validating the Council in Trullo.

Here, Roman Catholics must decide on the veracity of papal powers.  If in the Roman view, the Pope has supreme authority, infallibility, and universal jurisdiction, and if the Pope himself must approve and ratify councils, then this would certainly be a thorn in the side of any Roman Catholic who rejects the canons of Trullo.  If, however, Rome is content in declaring that Pope’s can err in their papal decrees, this revelation becomes irrelevant and inconsequential.

My guess is that Rome would hold the former over the latter any day, and this creates conflict and issue that can’t be remedied with any consistency.