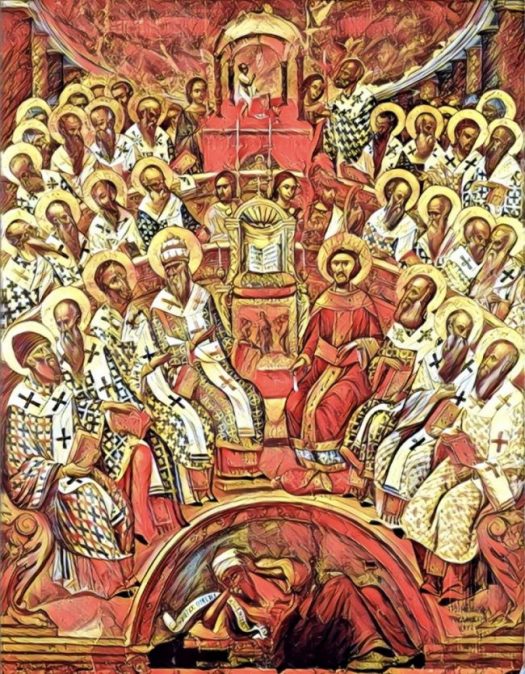 Today, Reason & Theology, a YouTube show largely focused around disproving Eastern Orthodoxy, co-hosted the infamous Latin Priest and Scholar, Fr. Dr. Richard Price, Professor of the History of Christianity at Heythrop College in London and Priest within the Archdiocese of Westminster.

Many theologians and students of history may already be familiar with Fr. Price’s works, but for those who are not, his major works consist of very popular translations of Theodoret of Cyrrhus, the Acts of the Councils of Chalcedon, Constantinople, Nicaea 2, and the Lateran Synod of 649.

The intention of this writing is not to dissect in detail what was presented on the show today, but rather, it is to present a portion of the show that is being overlooked by many viewers who may not have stuck around for the Q&A segment towards the end.

Quite simply and succinctly, Fr. Price makes a few bold claims that fly in the face of nearly every Latin apologist of the R&T bent.

Summed up in five main points:

These are incredibly staggering affirmations by a scholar and Latin priest with the accolades of Fr. Richard Price, and they further reinforce Orthodox ecclesiology.

***EDIT 10/09/2021*** Reason & Theology had Fr. Price back on their show. Michael Lofton snuck in a last minute viewer question regarding the authority of the Pope during Nicaea 2, in which Fr. Price once again clearly and succinctly answers by stating that Old Rome’s alleged authority was not recognized by the Church at that time. I have added the video clip below for reference (00:43 length).

For reference, the segment that I am referring to can be found below. Please view and list your thoughts in the comments section!

Blessings in the Lord!