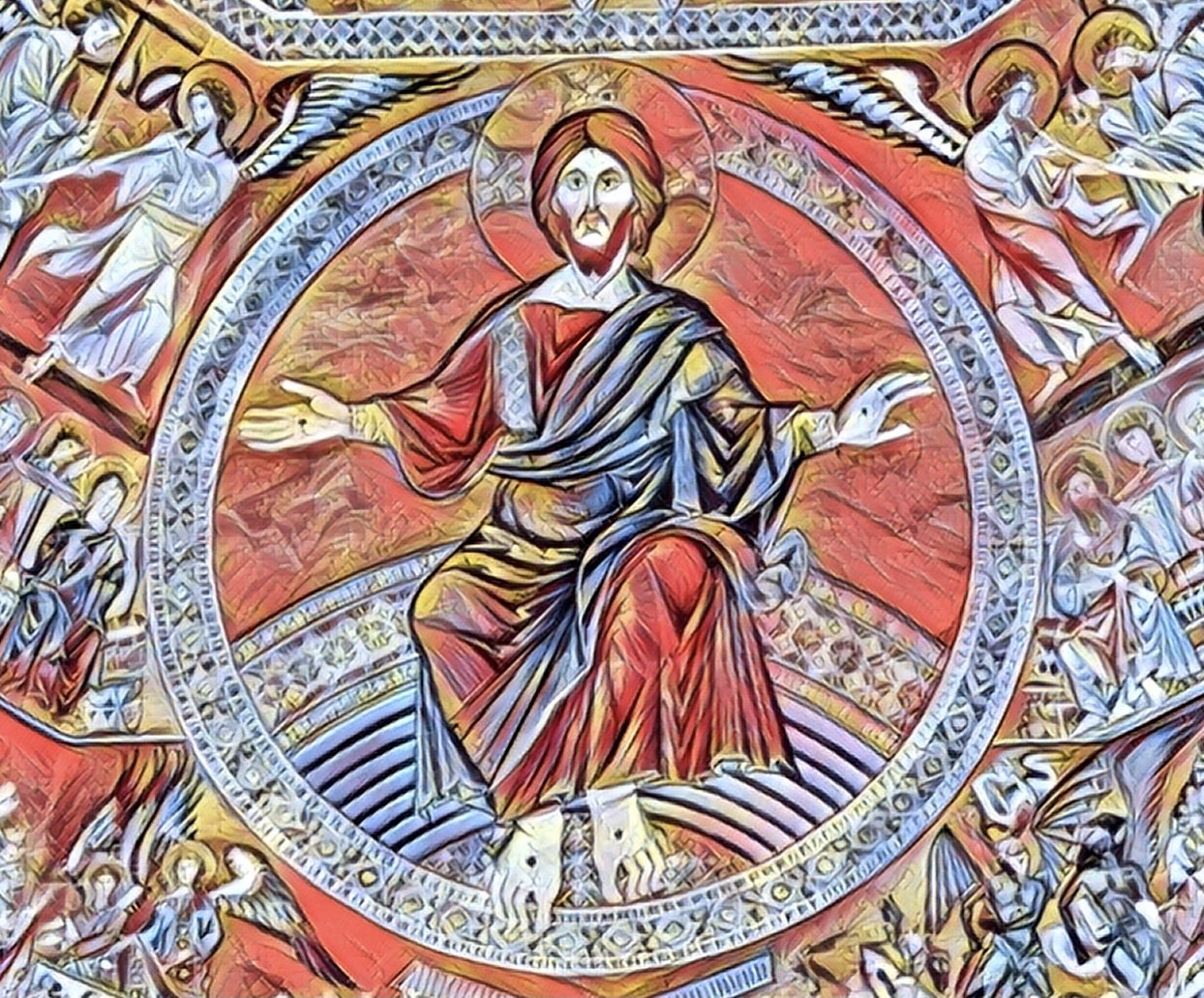 At this point in redemptive history, nearly most of the educated Christian world has heard of or has been taught of the impending Rapture—the glorious day in which the Lord will take up His Elect and deliver them from the Great Tribulation to follow. During the time of the Great Tribulation, according to what has been coined as “Dispensational Premillennial [pretribulational]” eschatology, men and women will have one final opportunity to repent and believe on Christ before Christ’s inevitable return, and before the commencement of the thousand-year literal reign of Christ and the Church on earth.

Of course, like all theological frameworks, Dispensational Premillennialism [pretribulational] can be far more nuanced and can and does certainly contain varying opinions on some of its distinctives.

The most glaring distinctive of pretribulational theology, though, that is not ever up for debate, is the timing of the Rapture event itself.

Most of the evangelical Christian world believes this event [the Rapture] will take place before the commencement of any real calamity in the world—before the “Great Tribulation.” That is, before the realized commencement of any real threat to one’s faith and physical well-being, Christ will return to save His people. As seen in many sensationalized enactments of what is to come via this Rapture event, Christians will one way or another be taken up to Christ, as He makes His second appearance to the world. In some premillennial circles, this return or appearance is referred to as the “Second Coming of Christ for the Church,” wherein He receives all who believe up until that point, later to come back once again to receive converted Jews, along with others, and commence His thousand-year reign on earth (akin to “Chiliasm,” which was resoundly defeated by the proclamation of the Nicene Creed). The focus here, though, is not so much what or who our friends believe Christ will return for, but the purpose of Christ’s re-appearing.

I find great issue with the proposition of this event—not only because it lacks any sort of historical or biblical precedent and is quite literally a modern invention of thought, but primarily because of its teleological purpose and all over-arching implications that come from its ultimate purpose.

As our world degrades at a rapid pace, calls of an impending Rapture event continue to grow. Calls by our Evangelical and Protestant friends maintain that, “it is coming! We will soon be Raptured and saved!”

We will indeed be saved, but as Orthodox Christians, our understanding is that we will be saved through the endurance of our struggles—that the coming calamities will orient us towards our God and Savior, yet we will suffer to the end, just as our forefathers and martyrs of the Church did.

What is the Rapture exactly?

The Rapture is the ultimate prosperity Gospel, wherein the blessed hope of the Christian is to be spared of any real and substantive persecution and suffering.

When we begin to affirm this eschatological and theological schema, our sense of reality is completely lost, as we see the preservation of a Christian future as purely futile, since the denigration of humanity will simply result in our [supernatural] physical separation from this world in an attempt to avoid any suffering leading up to the appearing of our Lord. This thought is opposed to Christianity. It is opposed to the Holy Scripture. It is opposed to the universal witness and testimony of our Holy Fathers. And it is an insult to every holy Martyr of the Christian Faith who gave their life for the preservation of Truth in a dying world.

To suffer in Christ is to grow in Christ, and while we may never understand why suffering comes at the time in which it does and in the magnitude in which it comes, we ought to rest assured that God allows this suffering for His own glory and for our own good, using it as a tool of purification for our souls to prepare ourselves for a life more worthy of His glorious Kingdom, just as the Shepherd of Hermas says,

“For as gold is tested by fire, and thus becomes useful, so are you tested who dwell in it. Those, therefore, who continue steadfast, and are put through the fire, will be purified by means of it. For as gold casts away its dross, so also will you cast away all sadness and straightness, and will be made pure so as to fit into the building of the tower.”

We are not to seek neither comfort nor persecution, and we are certainly not to seek a false reassurance that we will be spared of any impending calamity in Christ’s name, as believing in the innovation of the modern-day Rapture would have us think. If it be, then may it be, but we have a strong witness that the promise of suffering exists in the Christian life, and it exists for the purpose of conforming us to the holy Image of our God. Difficulties are coming, and we ought to fast and pray, looking to the Fathers of our Church and to the Holy Spirit for guidance, wisdom, and courage to overcome impending tribulation however it manifests itself during our time.

“May I enjoy the wild beasts that are prepared for me; and I pray they may be found eager to rush upon me, which also I will entice to devour me speedily, and not deal with me as with some, whom, out of fear, they have not touched. But if they be unwilling to assail me, I will compel them to do so. Pardon me [in this]: I know what is for my benefit. Now I begin to be a disciple. And let no one, of things visible or invisible, envy me that I should attain to Jesus Christ. Let fire and the cross; let the crowds of wild beasts; let tearings, breakings, and dislocations of bones; let cutting off of members; let shatterings of the whole body; and let all the dreadful torments of the devil come upon me: only let me attain to Jesus Christ.”

And elsewhere, he also writes:

“Seeing, then, all things have an end, these two things are simultaneously set before us — death and life; and every one shall go unto his own place. For as there are two kinds of coins, the one of God, the other of the world, and each of these has its special character stamped upon it, [so is it also here.] The unbelieving are of this world; but the believing have, in love, the character of God the Father by Jesus Christ, by whom, if we are not in readiness to die into His passion, His life is not in us.”

The promise of True Life is the promise of true suffering. It is not the promise of deliverance from any purifying persecution or suffering. The westernized innovation of the “Rapture” is nothing more than a type of prosperity Gospel, concealed in a way as to invoke a spiritual comfort in Christians so that they may never seek to embrace suffering as a tool of true sanctification. It is a prosperity Gospel that makes one feel comfortable with the idea of rejecting any supernatural outworking of daily miracles in the life of the Church [as the Cessationists do], while granting comfort to the idea that Christ will work a miracle in actively preventing suffering in His Name before that very suffering descends on to the face of the earth in full force as to purify Christians everywhere. St. Paul writes, “…we also glory in tribulations, knowing that tribulation produces perseverance; and perseverance, character; and character, hope” (Romans 5:3-4).

Tribulation is not something to avoid, but rather something to embrace, as it prepares us to receive the heavenly Kingdom of God.

“And when you hear that we look for a kingdom, you suppose, without making any inquiry, that we speak of a human kingdom; whereas we speak of that which is with God, as appears also from the confession of their faith made by those who are charged with being Christians, though they know that death is the punishment awarded to him who so confesses. For if we looked for a human kingdom, we should also deny our Christ, that we might not be slain; and we should strive to escape detection, that we might obtain what we expect. But since our thoughts are not fixed on the present, we are not concerned when men cut us off; since also death is a debt which must at all events be paid.”

St. Makarios of Egypt summarizes perfectly the futility of clinging to the perceived comforts of this life, in saying,

“Since the road leading to immortal life is extremely narrow and full of affliction, and on account of this there are few who traverse it (Matt. 7:14), we must staunchly endure every trial of the devil, awaiting with hope our heavenly reward. For, however great the afflictions we suffer, what are they compared with the promised future reward, or with the grace of the Holy Spirit that visits souls even in this present life, or with the deliverance that we have received from the obscurity of evil passions, or with the enormous debts we owe because of our sins? As St Paul says: ‘The sufferings of this present life are not worthy to be compared with the glory which shall be revealed in us’ (Rom. 8:18). Hence we must patiently endure everything for the Lord’s sake, as brave soldiers dying for our King.”

The Freedom of the Intellect, Philokalia 3

Such ought to be the disposition of Orthodox Christians, to the praise and glory of God the Father, the Son, and the Holy Spirit.

“Blessed is the man who remains steadfast under trial, for when he has stood the test he will receive the crown of life, which God has promised to those who love Him” (James 1:12).